Harbhajan Singh, after 10 seasons with Mumbai Indians, is surely enjoying himself in the yellows.

Chennai Super Kings (CSK) have a knack of pull off surprises. They sit on the top of the VIVO IPL 2018 table with two wins from as many games. In both the matches, they were staring at defeats but each time, they found heroes at the dead end. Two wins from two matches and the boys from yellow brigade decide to party. Guess what’s on the menu? Well, New Zealand Lamb Chops is the order of the day.

Harbhajan Singh, after 10 seasons with Mumbai Indians (MI), is surely enjoying himself in the yellows. South African skipper Faf du Plessis may be warming the benches in the CSK camp but he is making an effort to keep his boys content. He stepped into the chefs shoes, except for his uniform, which was just swimming trunks. Well, Harbhajan for a reason wants to exchange bodies.

To cook New Zealand Lamb Chops, Faf had a Kiwi to assist. Coach Stephen Fleming was seen in the frame. The video was posted by Harbhajan.

CSK play their next match against Kings XI Punjab (KXIP) at Mohali on Saturday. Surely, they are making the most out of their mini-break. 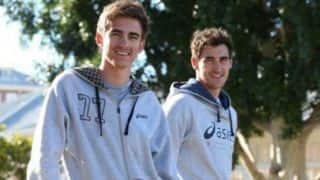 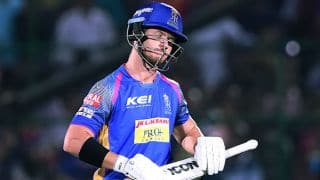