Chennai Super Kings (CSK) made a winning start to IPL 2015 when they defeated Delhi Daredevils by one run.

A video of Mahendra Singh Dhoni and the Chennai Super Kings (CSK) players singing ‘We are f****** Chennai’. The date of the video cannot be confirmed but several top Chennai players, such as Ravichandran Ashwin, Brendon McCullum, Ravindra Jadeja and Suresh Raina can be seen singing a song in what seems to be a huddle.

Chennai Super Kings (CSK) are the most successful team in the history of the IPL tournament, winning 69 of their 115 matches so far, since the tournament’s inception in 2008. Chennai have also won the tournament twice, in 2010 and 2011.

The Dhoni-led side made a winning start to their campaign in IPL 2015 when they defeated Delhi Daredevils by a margin of one run in their opening match of the tournament at the M Chinnaswamy Stadium in Chennai. FULL SCORECARD: Chennai Super Kings vs Delhi Daredevils (DD) in IPL 2015 Match 2 at Chennai

After their win, Dhoni praised CSK’s left-arm pacer Ashish Nehra for his fiery spell and expressed satisfaction that his team could held on to nerves against Delhi Daredevils in their thrilling match. READ: Chennai Super Kings begin IPL 2015 with 1-run victory over Delhi Daredevils

“You have to hold on to your nerves,” said Dhoni after Chennai eked out a one-run win over Delhi in a last-over thriller at the MA Chidambaram Stadium. “I thought the last one was in the slot, and Bravo won’t be happy with the ball he bowled, but it is good to win close games,” he added referring to the last over bowled by Dwayne Bravo which yielded 17 runs.

“Nehra is good, at times he is prone to injuries, but he backs himself, which is good for a fast bowler. It is good to see him the way he bowls. He has kept himself fit. He is one Indian pace who bowls pace effortlessly.” 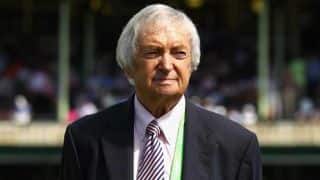 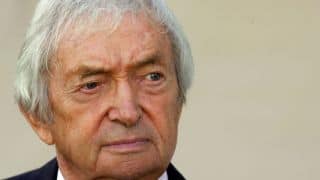