The same event saw the likes of Kohli, Yuvraj and Hardik Pandy entertain the star-studded crowd with their dancing skills.

MS Dhoni is one of few cricketers who prefer keep themselves away from the limelight. While the likes of Virat Kohli, Chris Gayle, Yuvraj Singh, Dwayne Bravo and others have gained attention for their off-field skills when they shook their leg or gave a shot at singing, Dhoni has always stuck to either cricket or his love for bikes. However, a new side of Dhoni was witnessed during Kohli’s charity dinner on Friday when the Indian limited-overs captain entertained the crowd with his melodious voice. An ardent Dhoni follower would have recognised the song which he sang at the gala dinner because it is the same track which Dhoni had sung once in an earlier event.

Dhoni who has etched himself as the calmest cricketer of the current times which is why he is fondly called ‘Captain Cool’ did not surprise anyone when he chose to sing an old track— Pal do pal ka shayar hu. The same event saw the likes of Kohli, Yuvraj and Hardik Pandy entertain the star-studded crowd with their dancing skills.

The dinner was organised by Virat Kohli Foundation and Smile Foundation, a national level development organisation, to support the cause of empowerment of underprivileged children and youth. “Children and Youth are the next generation of students, leaders, entrepreneurs, and the future of the country and there is no better tool other than education to empower them. “This initiative is not just about fulfilling their basic needs, but making them able to take care of their own needs and giving them an opportunity to learn, equipping them to face challenges and preparing them to be tomorrow’s leaders. I am glad to be associated with Smile Foundation and contribute towards this endeavour,” Kohli said in a statement. 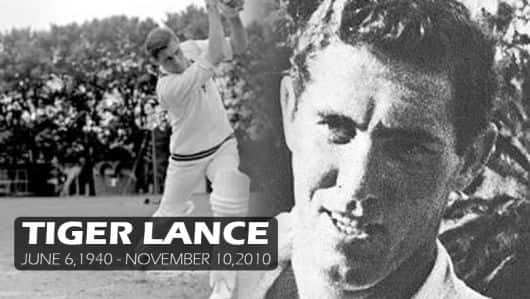 Tiger Lance: 15 facts about the champion all-rounder and king of one-liners