England's One-Day International skipper Eoin Morgan names his All Time XI and have made a fair selection in picking the top players.

England’s One-Day International skipper Eoin Morgan names his All Time XI. In a video posted by Lord’s Cricket Ground on their official YouTube channel, Morgan picked his star players. The measure for selection is players they have played with, against or have been influenced by. English Test skipper Alastair Cook has been appointed as the captain in the Morgan’s All time XI as he has done a prolific job for the side. READ MORE: Infographic: Australia, AB de Villiers, Sunil Narine lead the ICC ODI rankings

The opening pair for Morgan’s side is Cook and South African legend Jacques Kallis as he considers them as heavy run-scorers. At three comes Australian legend Ricky Ponting who has scripted numerous records with his strokeplay. READ MORE: 10 bowlers with unusual bowling actions in cricket

At four comes Brian Lara who is reckoned as one of the greatest to have played the gentlemen’s game. AB de Villiers chisels his path into the side at five, he is considered to be one of the most versatile batsmen in contemporary cricket and a complete genius. Kumar Sangakkara also grabs the number six spot in the side as he has been one of the big scorers in Test cricket.

Morgan also ropes in MS Dhoni as the wicketkeeper-batsman as his services behind the stumps has been extraordinary and can be a handy number seven batsman. Morgan’s pace battery hails of James Anderson, Mitchell Johnson and Dale Steyn. It’s a formidable selection as all three can rip apart any batting attack with their menacing pace and swing. The only spinner to make it to the side is Anil Kumble who is India’s highest wicket-taker. However, it might surprise a few that Sachin Tendulkar and Virat Kohli have not made it to the list. 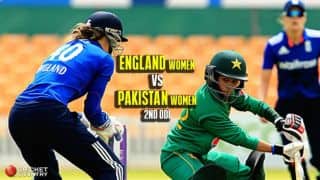 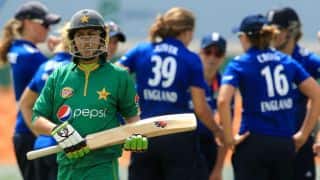