Shimming down the track, Dawid Malan tried to heave the ball to the leg-side.

Nathan Lyon did it again. Just when England were taking the Australian pacers to the cleaners, Lyon hunted down an Englishman and throttled the momentum. Shimming down the track, Dawid Malan tried to heave the ball to the leg-side; but as the ball spun away from him it ricocheted, off the outside edge, to the substitute fielder Peter Handscomb at point.

At one point, it gave an impression that the ball would fall away from Handscomb and Malan would get another reprieve. However, Handscomb, an exceptional fielder, timed his jump to perfection and ended Malan’s heroics to 140. Jonny Bairstow and Malan added 237 runs the highest fifth-wicket stand for England at Perth. 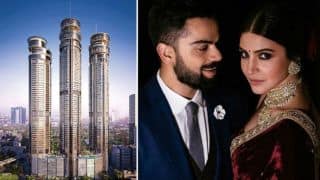