Having stayed under legendary Muuttiah Muralitharan’s shadow for the better part of his career, Rangana Herath feels that being in and out of the side over last decade is like “bread and butter” for him. As recently as Sri Lanka‘s last Test match against Pakistan, Herath was dropped from the playing XI but the left-arm spinner has learnt to take it in his stride. “That was not the first time that I was dropped from the team. I’ve been dropped from the team so many times. For me, it’s like bread and butter,” the irony of his statement was not lost on anyone after Herath’s 7 for 48 turned the match decisively for Sri Lanka. Every batsman and bowler has rough patches in each of their career. I have done lot of good things in the recent past. So what I have thought is that that I’ve done something and I can do the same. So I trusted on that and went on,” he said.

According to PTI, when he was asked about being Murali’s shadows for long time, Herath said,”I’ve played alongside Murali in 2009 and he retired in 2010. I didn’t try to emulate what he did on the cricketing field. He is a legend and I don’t think that I can even get closer to what he did. But on my part, I’ve tried everything that I could do,” he added. 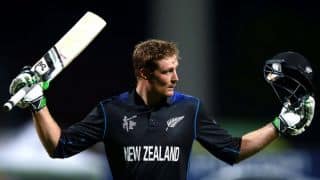 Shahid Afridi, Saina Nehwal among most charitable athletes of 2015