The Board of Control for Cricket in India (BCCI) shared a video on Twitter where former cricketer and current team director of Indian team Ravi Shastri has asked the Indian cricket fans across the globe to continue giving the amount of support to the team as it helps them a lot during the low times. With India’s tour of Sri Lanka where the teams will play three Tests starting today, Shastri said,” Keep following the Indian cricket team, keep supporting us. You are the guys who give us a lot of confidence, courage when the chips are down when you back us. Keep doing it and just do it on bcci.tv.” LIVE BLOG: India vs Sri Lanka 2015, Live Cricket Scorecard: 1st Test at Galle, Day 1

#TeamIndia Director Ravi Shastri has a message for fans ahead of the first Test #IndvsSL https://t.co/9CY0KOxjYs

After the retirement of Mahendra Singh Dhoni from the longest format of the game, this is going to be Virat Kohli’s first series as a full-time Test skipper. He has a chance to create a history becoming the first captain since Mohammad Azharuddin in 1993 in win a Test series in the island. Also, the 26-year old batsman has never played a Test match against these opponents and he is among the six players in the current Indian Test squad chosen for this tour, who haven’t played a Test against Lankans. India vs Sri Lanka 2015, Free Live Cricket Streaming Online on Sony Six: 1st Test at Galle, Day 1 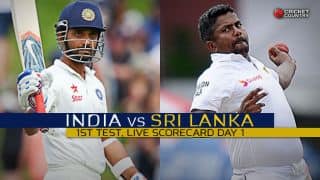 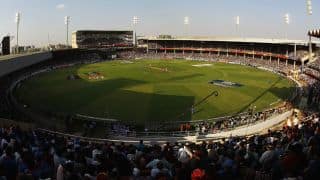