Australia defeated India in the first ODI by 34 runs at the Sydney Cricket Ground to take 1-0 lead in the three-match series on Saturday.

Despite a valiant 133 from vice-captain Rohit Sharma, India fell short of Australia s total of 288 by 34 runs, losing the first ODI of the three-match series at the Sydney Cricket Ground, Sydney on Saturday.

That India even managed to get close to Australia s total after being reduced to 4/3, owed largely to a 137-run stand between Rohit and MS Dhoni (51). Jhye Richardson was the star of the night for Australia with the right-arm pacer returning enviable figures of 10-2-26-4, including the scalps Virat Kohli and Ambati Rayudu early on. 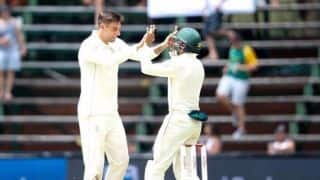 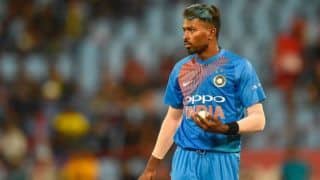