Kusal Mendis held the Sri Lankan innings together, but Beard had him caught-behind just after lunch.

Beard is not the surname you usually associate with schoolboys, though there is no reason you should not. Aaron Paul Beard has actually attempted to grow a neat, trimmed beard; it will take some time till that hint of stubble will look like a beard. He looks suave in that. He also looked lethal when he dealt some early morning blows to the touring Sri Lankan side, hitting them hard, reducing them to 16 for 2, and coming back later to strike twice more. It was difficult to believe that Beard was making his First-Class debut. It was even more unimaginable that he was still in his teens. READ: England vs Sri Lanka 2016: James Anderson confident of good show against visitors; won’t feel crushed like 2014 Lankan triumph

Beard goes to Boswells School, Chelmsford. He hails from Essex, a county that also boasts of Alastair Cook, his national captain. Taking field with international cricketers is nothing new to him: when the Australians played Essex in 2013, Beard had taken field as substitute. He was 15 at that time (there is no typo involved), and had to seek permission from the Headmaster at Boswell’s.

Ryan ten Doeschate gave Beard first over on Sunday. The teenager struck with his fourth ball, finding Kaushal Silva’s edge. In his second over he trapped Dimuth Karunaratne leg-before. Silva and Karunaratne will, in all probability, open batting for Sri Lanka in the upcoming series against England, so these were big wickets.

Kusal Mendis held the Sri Lankan innings together, but Beard had him caught-behind just after lunch. Four overs later a yorker sent Milinda Siriwardana back to the pavilion. The Sri Lankans were in tatters at this stage, at 142 for 5. Some lower-order counterattack from Niroshan Dickwella and 35 extras (20 of them byes) took Sri Lanka to 254, but Beard had done his job.

Though it is too early to comment, Essex (and England) have probably unearthed another new talent. Unfortunately, with two back surgeries, Beard’s longevity at this level seems doubtful. 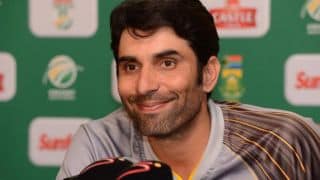 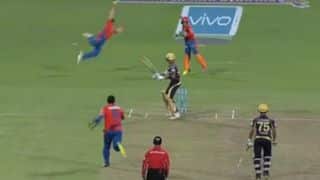 VIDEO: When Suresh Raina pulled off blinder in IPL 2016