The Board of Control for Cricket in India (BCCI) on Wednesday shared a short video of Indian opening batsman Shikhar Dhawan.

. @SDhawan25 knocks a few in the indoor nets ahead of the Sri Lanka Tests #TeamIndia #IndvsSL https://t.co/iNoPkMazzo

The Board of Control for Cricket in India (BCCI) on Wednesday shared a short video of Indian opening batsman Shikhar Dhawan, who was batting in indoor nets ahead of their three-match tour game against Sri Lanka Cricket Board President’s XI starting on August 6, Thursday. Dhawan, who slammed a splendid 173 in the one-off Test against Bangladesh, will be aiming to make most of the opportunity of playing Test cricket in the Indian subcontinent. Dhawan has had a poor run overseas in England and in Australia, wherein he failed to get even one century. In fact, Dhawan had not scored a Test ton since February 2014, after his innings of 115 against New Zealand at Auckland. ALSO READ: India sweat out indoors ahead of warm-up tie against Sri Lanka Board’s XI

It will be crucial for the Indian openers to provide their team good starts on the tour of Sri Lanka. There is a healthy competition going on as of now with three men — Dhawan, Murali Vijay and KL Rahul — vying for the opening spot for India. There is no surety of Vijay playing in the first Test, as he was suffering from a hamstring injury. ALSO READ: Photo: Virat Kohli, Harbhajan Singh during gym session in Sri Lanka

Ahead of the tour game against the Board’s President XI, the Indian team did not get to play in the field as persistent rains kept the cricketers inside the stadium premises. The Indian team then made most of the opportunity as they trained inside. ALSO READ: Cheteshwar Pujara may have to make way for Rohit Sharma during India tour Sri Lanka 2015 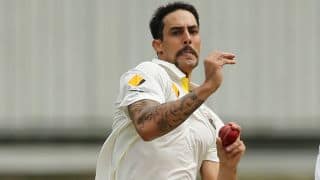 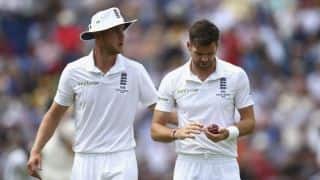