Royal Challengers Bangalore will look to continue with the momentum and keep their slim chances of making it to the IPL play-offs alive.

After clinching a morale-boosting win against the Kolkata Knight Riders (KKR), Royal Challengers Bangalore (RCB) will look to continue with the momentum and keep their slim chances of making it to the play-offs alive when they take on Chennai Super Kings (CSK) at the Chinnaswamy Stadium here on Sunday.

RCB had to face an embarrassing seven-wicket defeat against CSK in the first game of the IPL 2019. Their batting had failed miserably as they were bundled-out for mere 70 runs on a slow, turning wicket of the MA Chidambaram Stadium in Chennai.

Virat Kohli scored his first century of this IPL during RCB’s narrow 10-run victory against KKR in their last game and RCB fans would be hoping that the skipper continues with his ruthless batting form against CSK.

RCB, languishing at the bottom of the table with just four points from nine games, would be aware of the fact that it won’t be easy for them to over the MS Dhoni-led side, even while playing at their home ground and having their star batsman in form. 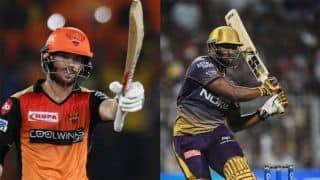 Today's Best Pick 11 for Dream11, My Team11 and Dotball - Here are the best pick for Today's match between SRH and KKR at Rajiv Gandhi International Stadium 4pm 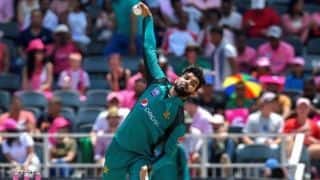