Indian skipper in the longer format of the game, Virat Kohli on Saturday, celebrated his 28th birthday at Rajkot, while Anushka Sharma too accompanied him and celebrated his birthday along, at the team hotel in Rajkot, where the Indian team has been put up ahead of the first of the five-Test series vs visitors England at the Saurashtra Cricket Association Stadium in Rajkot from November 9. There were also confirmed reports and images stating that Anushka had accompanied Kohli to the hotel, after both were spotted at the airport. The above video shows Kohli arriving at the team hotel in Rajkot along with Anushka Sharma. FULL CRICKET SCORECARD: India vs England, 1st Test at Rajkot

India s Test skipper Virat Kohli on Saturday celebrated his 28th birthday, as he had a formal celebration with Team India members at the team hotel in Rajkot, where the Indian team is currently staying ahead of the first of the five-Test series at Rajkot. Kohli celebrated with the Indian players, while he cut a cake and also smeared it all over himself along with the fellow Indian players. In a video released by the BCCI, Kohli is seen dancing, while feeding the cake to Indian coach Anil Kumble, while the other players smear the cake on his face. VIDEO: Virat Kohli celebrates 28th birthday with Team India at Rajkot

India s Test skipper Virat Kohli celebrated his 28th birthday on Saturday. Not only him, the entire nation is in celebration mood as it is a special day of the poster boy of Indian cricket team. However, his birthday celebrations is not limited to India alone but it is also being celebrated across the globe.

According to reports, the South Australia Tourism Commission (Adelaide Oval Team) have also done there bit for the charismatic batsman. The Adelaide Oval has been one of the major grounds for Kohli, where he has achieved a number of milestones, including his career best 90 in a Twenty20 International (T20I) versus Australia in January 2016 and as a mark of his achievements on the picturesque ground, there is a special gesture for the youngster on his birthday. 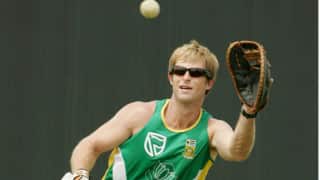 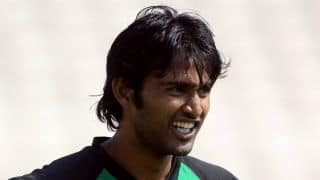