Take a look at the enticing video where Virat, Yuvraj, Pandya set stage on fire with their crazy dance moves.

Indian cricketers Virat Kohli, Yuvraj Singh and Hardik Pandya set the stage on fire with their crazy dance moves during a charity Gala Dinner for Smile foundation on Saturday night. The troika of Yuvraj, Kohli and Pandya got the crowd going and helped in raising funds for the betterment and empowerment of youth and children. Kohli was in insane form for his side Royal Challengers Bangalore in the recently concluded Indian Premier League and replicated his magical performance on the stage too. READ MORE: Look what Chris Gayle gifted to Virat Kohli, AB de Villiers and Yuvraj Singh

Yuvraj on the other hand played  a vital knock for his side Sunrisers Hyderabad who claimed their first ever IPL title. The video is just mesmerizing as the fans were rejuvenated to watch their favorite stars in action on a Bollywood number. Take a look at the enticing video here: READ MORE: Video: Virat Kohli launches Celebrity Classico 2016 jersey along with Ajinkya Rahane, Abhishek Bachchan and Arjun Kapoor

Cricketers enjoy a massive fan following and have the capability to attract extensive attention towards any sensitive issue. Kohli led All Heart Football Club side is all set to take on All Stars Football Club in the Celebrity Clasico 2016 tonight. 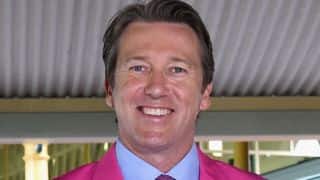