Both Sehwag and Jayasuriya were known for their aggressive batting at the top and were had their unique style of play.

Lord’s Cricket Ground official YouTube page has come up with this amazing video which features the two greats to have played the gentlemen’s game. The comparison has been drawn between Virender Sehwag of India and Sanath Jayasuriya of Sri Lanka. Both the batsman were known for their aggressive batting at the top and were had their unique style of play. Both of them made their international debut at the age of 20 but in slightly different eras. Sehwag retired at the age of 34 whereas Jayasuriya called it a day at the age of 41.

Both the men’s have massive records to their name and been a consistent performer for their respective teams. Sehwag averages 35.05 in One-Day Internationals (ODIs) with a highest score if 219 which came against West Indies at Indore in 2011. In 251 ODIs, Sehwag has amassed 8273 runs with 15 centuries and 38 half-centuries to his name. Sehwag holds the record for the highest Test innings for an Indian batsman when he went ballistic and plundered 319 against South Africa at Chennai in 2008.

Sehwag also has the tied record for hitting most fours in an innings (25). He also has the record of scoring fastest 250 and 300 in Test cricket which came in just 207 and 278 balls respectively. Sehwag was quite handy with the ball in hand too as he had 96 ODI scalps to his name with best figures of four for six against Bangladesh at Dambulla in 2010. Sehwag is also the only cricketer to have retained the prestigious Wisden Leading Cricketer in the World award when he first received it in 2008 and replicated this feat in 2009.

For Jayasuriya, in 445 ODIs he has scored 13430 runs at an average of 32.36 with a highest score of 189 which came against India at Sharjah in 2000. He also has 28 tenacious centuries and 68 fifties in his basket. Jayasuriya is also the only cricketer to have scored more than 12,000 runs and have chipped more than 300 wickets in ODI cricket. Jayasuriya stands second in hitting most number of boundaries in an innings (24).

Jayasuriya is widely reckoned for his explosive batting and his record of fastest fifty in ODI which came in 17 deliveries and 150 in just 95 deliveries are a testament to his abilities. Jayasuriya was an effective all-rounder; apart from his prowess with the bat he was wily with the ball. He claimed 323 wickets in ODIs with best figures of six for 29 against England at Moratuwa in 1993. Jayasuriya shot to limelight when he was named as the most valuable player in the 1996 World Cup.

Both Sehwag and Jayasuriya were instrumental in providing good starts to their team and have bailed their team out on numerous occasions. Cast your vote on who is the greatest among the two? 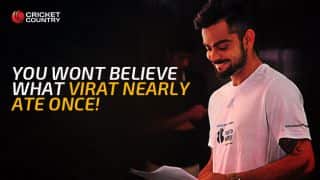