The video elaborates the great camaraderie between Sehwag and Zaheer and also gives an idea as to how rocking the duo is going to be inside the commentary box.

Virender Sehwag and Zaheer Khan are two cricketers who were always unrestrained in their approach during their playing days. While Sehwag cared little about the opposition bowlers’ reputation before taking on them, Zaheer never held his emotions back and was always the one to give it back to the batsman; with a peach of a delivery or a fiery stare.

Though completely opposite in their nature, both were overly aggressive when it came to their game and performed exceptionally well throughout their careers. After retiring, they are taking up a new challenge and both have nailed it with a decent performance to begin with. We are talking about the upcoming main round matches of the ICC World T20 2016, where the two will be seen in a new avatar.

Sehwag and Zaheer will once again be in the stadium, but will hold a mic instead of a bat and ball. Both will be a part of the elite Hindi commentary team for the broadcasters Star Sports during the tournament. The other cricketers who will join them include the likes of Kapil Dev, Shoaib Akhtar, VVS Laxman, Mohammad Kaif, Deep Dasgupta among others.

In a latest commercial promoting the addition of these two stalwarts to the elite Hindi commentary team, both can be seen at their wittiest best. The video elaborates the great camaraderie these two Indian legends share and also gives an idea as to how rocking the duo is going to be inside the commentary box. Watch it to believe it! 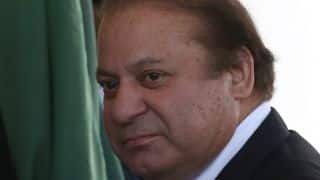