It was a match which is truly remembered for Virender Sehwag's splendid knock of 293.

It was not just any other Test match. It was a match which is truly remembered for Virender Sehwag‘s splendid knock of 293 at the Brabourne Stadium in Mumbai. This was the first ever match played at this venue after 1973 and last as well, as no other Test has been played since 2009 on this ground.

He could have scored his third triple century on the same day had he got few more overs to bat. Sehwag resumed from the overnight score of 284 on the third day of the match but was caught and bowled by Muttiah Muralitharan at the score of 293 in the fourth over of the day. Had he stayed for few more overs at the crease, he would have become the first batsman to score three triple-centuries in Tests.

He finished his devastating knock of 293 from just 254 balls with 40 fours and 7 sixes. With this knock, he also became the third fastest Indian to reach 6,000 run mark in Tests. Further, India declared their first innings at the score of 726 and gained a humungous lead of 333 runs. Sri Lanka tried hard with their captain Kumar Sangakkara scoring a fine century but no other batsman could stay for long period at the crease and eventually they were all out for 309 runs. India won the match by an innings and 24 runs and series by 2-0 and also secured the No.1 spot in ICC team rankings in Tests. 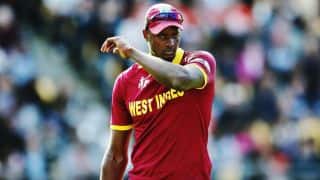 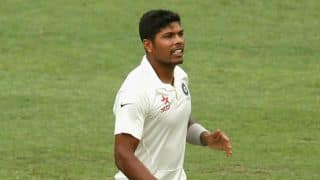