Cuttack: Ruturaj Gaikwad (82) and Naushad Shaikh (68) blasted twin fifties as Maharashtra defeated Tamil Nadu by 22 runs in their Group B match of the Vijay Hazare Trophy today. Electing to bat, Gaikwad slammed nine boundaries and two sixes in his 76-ball innings, while fifth-down batsman Shaikh hit three fours and as many sixes in his 66-ball stay to power Maharashtra to a challenging 270 allout in 48.5 overs. Maharashtra then dished out a disciplined bowling performance with Shrikant Mundhe returning with a four-wicket haul and Nikit Dhumal and Shamshuzama Kazi snapping two wickets each as they dismissed Tamil Nadu for 248 with five balls to spare. Vijay Hazare Trophy 2016-17: Yuvraj Singh shines as Punjab beat Railways by 3 wickets

Skipper Baba Indrajith (49) was the top-scorer for Tamil Nadu, while opener Kaushik Gandhi (38), Ganga Sridhar Raju (37) and Baba Aparajith (26) — all got starts but they couldn’t capitalise. In another match, Akshdeep Nath plundered a 117-ball 143 studded with 19 fours and three sixes to power Uttar Pradesh to a mammoth 387-5 after they were invited to bat by Kerela at the KIIT Stadium. Chasing the enormous target, Kerela failed to put up a fight as they were bundled out for 142 in 32 overs as UP notched up a massive 245-run victory.

At Barabati Stadium, Himachal Pradesh skipper Ankush Bains’ decision to bowl first backfired as Tripura posted 206 all out in 49.5 overs. Pace duo of Abhijit Sarkar (6/31) and Ajoy Sarkar (4/37) then shot out Himachal Pradesh for 68 in just 15 overs to complete the 138-run drubbing. 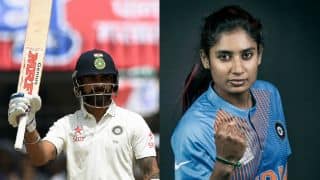 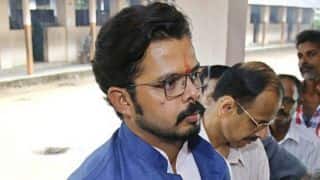