The Dearness Allowance amounts to Rs. 50,000 per player.

The ongoing tussle between the Board of Control for Cricket in India (BCCI) and the Mumbai Cricket Association (MCA) has had a bad impact on the Mumbai team that recently won the Vijay Hazare Trophy 2018-19 season after 12 years.

According to a report in the Times of India on Monday, the Mumbai team are still yet to receive their fees of the tournament as the MCA is left without an official office bearer to sign the cheques. The Bombay High Court-appointed two-member Committee of Administrators (CoA) term ended on September 15. The issue led to the fourth ODI between India and West Indies shifted to the nearby Brabourne Stadium.

“In normal circumstances, we should’ve received our match fee after the completion of the league stage. We were told by our manager [Arman Mallick] that we’ve to raise our invoice for the match fee with the BCCI, which will pay us directly. However, we’ll be denied our Dearness Allowance [Rs 1500 per day on tours] for now, because that is given to us by the MCA directly,” a player was quoted as saying in the report.

The Dearness Allowance amounts to Rs. 50,000 per player. Add to that, the players will be denied their share of the Rs 20 lakh prize money for now, as the money is approved by the state association unless the BCCI hands over the cheque to the players directly. A player will receive Rs 35,000 for each of the matches played in the Vijay Hazare Trophy. Mumbai played 11 games in the tournament.

Meanwhile, two club members of the MCA Vilas Godbole (president of the United Cricketers club) and Khodadad Yazdegari (cricket secretary, Parsee Gymkhana) will appeal to the rest of the 330 clubs to contribute to the salaries of the MCA staff on a reimbursement basis.

In a WhatsApp message to the MCA club members, the duo appealed: “The United Cricketers and Parsee Gymkhana (cricket clubs) would like to propose the following proposal on the current situation of MCA. As we all are aware, due to non-availability of authority to sign payments, the salaries of the MCA staff haven’t been paid for approximately (the last) two months.

“In the upcoming festive season, we appeal to all the affiliated club of MCA to pick up salary of one staff on reimbursement basis, till the time court authorises some individual to sign and make the payments. The MCA can reimburse clubs for payment made to staff. To start with, the United Cricketers and Parsee Gymkhana will make payment to any one groundsman. We request the other clubs to follow suit, and help our association staff in its hour of need.” 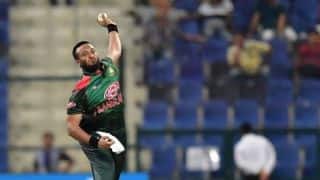 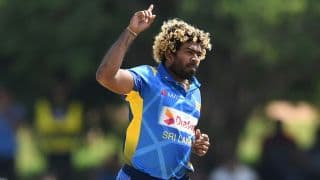