A round-up of the Plate Group matches on day one of the 2018-19 Vijay Hazare Trophy.

A round-up of the Plate Group matches on day one of the 2018-19 Vijay Hazare Trophy.

Puducherry became the first Plate team to win a match, beating Manipur by eight wickets in Vadodara in their Plate division match. In the clash of the two fresh entrants into the domestic set-up, Puducherry set themselves a target of 121 after bowling out Manipur in 37.1 overs and chased that for the loss of two wickets.

Leading the way was Sagar Udeshi with figures of 7-3-20-4 which saw Manipur lose their way between the 27th and 37th overs. The opener Lakhan Rawat and domestic veteran Yashpal Singh, formerly of Services, each got as far as 29 and P Prafullomani made 18, with no other player getting into double-figures. Mumbai cricketer Sagar Trivedi took 3/47.

For Puducherry, another Mumbai player, Shashank Singh, did the bulk of the scoring with 63 not out off 69 balls, with eight fours, while adding 57 for the opening wicket and 55 for the third.

Next from the Plate group to emerge victorious were Arunachal Pradesh, who achieved a four-wicket win over Mizoram at Nadiad on the outskirts of Ahmedabad. Opting to bat, Mizoram were in early trouble at 2/2 but recovered to 234/8 in 50 overs thanks to former Punjab batsman Taruwar Kohli who scored a run-a-ball 127 before he was eighth out at 234 off the penultimate ball of the innings. Kohli’s hundred featured 16 fours and a six, and dominate the Mizoram innings with help from Akhil R (31) and Sinan (35).

Chasing 239, Arunachal Pradesh won on then back of former Delhi Under-19 opener Samarth Seth’s 107 off 126 balls and 61 from 56 by former Delhi batsman Kshitiz Sharma, the pair adding 100 for the second wicket. A brief wobble from 197/2 to 228/6 was overcome by Myendung Singpho and Techi Neri finishing the job. For Mizoram, Marema was the standout bowler with 3/43 on List A debut, getting Seth, Utsav Madan and Akhilesh Sahani as Arunachal stumbled from 197/1 to 215/4.

At the Shastri Maidan in Anand, Bihar beat Nagaland by eight wickets, chasing 254 in 43.4 overs. Leading the way was their No 3, Babul Kumar, with an unbeaten 121 off 119 balls and Keshav Kumar with 76 not out off 69 balls. The pair was joined at 124/2 in the 25th over and finished the chase with an alliance of 130. Babul’s innings on List A debut featured 15 four and a six and Keshav hit three sixes and six fours.

Nagaland, in their first domestic game under the BCCI fold, had done well to make 253/8 with Nitesh (79), Sedezhalie (35) and Imliwati (45*) the chief contributors. But a lack of sizeable partnerships eventually told, with former Jharkhand spinner Samar Quadri taking three wickets. 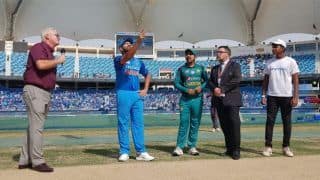 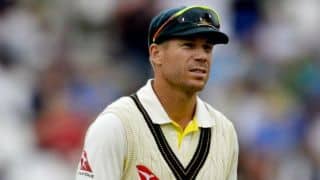