After putting them in to bat, Goa bundled out Tamil Nadu for a meagre 182.

Robin D’Souza (3 for 36) and S S Bandekar (3 for 43) shared half a dozen wickets between them as Goa stunned Tamil Nadu by registering a six-wicket win in their South Zone leg match of the Vijay Hazare Trophy
After putting them in to bat, Goa bundled out Tamil Nadu for a meagre 182 in 49.2 overs and then chased down the target in just 33.2 overs, losing just four wickets.

Goa medium pacers — D’Souza and Bandekar — wrecked havoc, while spinner Shadab Jakati (2 for 26) also chipped in with two crucial wickets to unsettle the fancied Tamil Nadu batting line-up. The only batsman to have made a significant contribution for Tamil Nadu was R Sathish, who scored a 75-ball 67, studded with five fours and a six.

In reply, Goa got off to a solid start with openers, Amogh Desai (68; 73b, 9X4) and Swapnil Asnodkar (77; 87b, 10X4, 2X6) putting on 146 runs together and almost sealing the match in their favour. Although, Goa lost four wickets in quick succession but eventually they reached 184 for four in the 34th over itself. 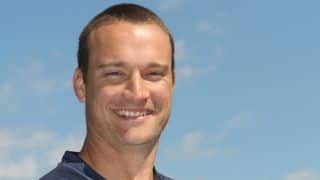