Mumbai will be led by led by Shreyas Iyer.Other members in the side are Sarfaraz Khan, who had to serve cooling off period, and talented batsman and young prodigy Yashasvi Jaiswal.

The hero of India’s U19 Asia Cup triumph, Atharva Ankolekar, has one more reason to celebrate as he has been named in the 17-member Mumbai squad for the upcoming Vijay Hazare Trophy ODI tournament.

It is reliably learnt that defending champions Mumbai, placed in Elite Group A, will play all their matches in Bengaluru. The Mumbai Cricket Association (MCA) announced the squad on their website on Tuesday.

Ankolekar, a left arm spinner, had taken a match-winning five-wicket haul for India U19 last Saturday against Bangladesh in a low scoring thriller and his fifer had helped the team retain the Asia Cup title.

Among other notable inclusions in the squad, to be led by India player Shreyas Iyer, are batsman Sarfaraz Khan, who had to serve cooling off period, and talented batsman and young prodigy Yashasvi Jaiswal.

The team is coached by former Mumbai stumper Vinayak Samant.

Meanwhile, the MCA has penned a letter to Supreme Court-appointed Committee of Administrators (CoA) asking it to suggest a way forward with regard to holding elections after a top former law officer DN Chaudhary told the association that holding polls could lead to contempt of the apex court.

The association put up the letter attached with the comments of Choudhary on its website on Tuesday. 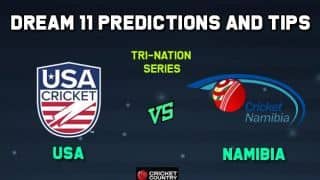 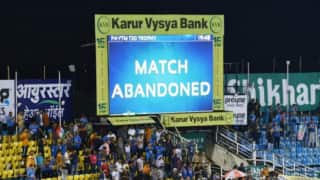