Tripura saw four run outs in their innings as the Yogesh Takawale-led side fell short by 3 runs in a low-scoring thriller against Odisha in an East Zone Vijay Hazare Trophy one-day match, here today. Needing a modest 196 for a win at the Bengal Cricket Academy Ground, Tripura made a mockery of their chase to be bundled out for 192 in 49 overs.

Despite a calculated 43 by opener Udiyan Bose, Tripura not only lost wickets at regular intervals but the run outs of Rakesh Solanki (22), Tushar Saha (0), Saurabh Das (4) and finally Rana Dutta (0) acted as self goals. Sanjay Majumdar also contributed with an unbeaten 33 and was taking Tripura towards victory when last man Dutta was run out on the last ball of the 48th over.

Odisha pace spearhead Basant Mohanty might not have contributed with wickets but was the reason behind three of the four run outs. But for Odisha, Anurag Sarangi, who top-scored with 68, was the man who set up the win for the Biplab Samantray-led side.
Put into bat, Odisha were also hurt by wickets at regular intervals and Sarangi’s 77-ball stay, laced with nine fours and a six got the team total to 195 all out in 49.3 overs.

A fighting 31 by number-ten batsman Suryakant Pradhan also helped the Odihsa cause in a low-scoring match. Left-arm orthodox Saha was the destroyer-in-chief with three wickets as medium pacers Manisankar Murasingh and Sanjay Majumder and off-spinner Saurabh bagged two wickets each. Odisha are now second in the East Zone points table led by Bengal while Tripura lie at the bottom sans a win from three matches. 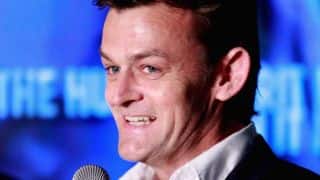 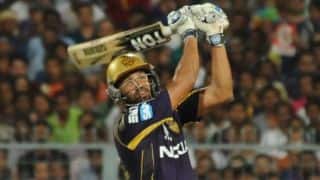