Vijay Shankar might have lost his sleep for a fair amount of time following his selection in the Indian Test squad against visitors Sri Lanka.

Vijay Shankar might have lost his sleep for a fair amount of time following his surprise maiden call up to the Indian Test squad against visitors Sri Lanka in the ongoing series. However, the rookie is surely not losing any sleep over trying to cement his place in the playing XI, especially with Hardik Pandya being a strong contender for the spot. All-rounder Shankar comes in as a replacement for seamer Bhuvneshwar Kumar, who opted out of the rest of the series citing personal reasons. Shankar is also a solid right-handed batsman, but Pandya’s current good form might bar Shankar from making him a regular starter in India’s Test XI. FULL CRICKET SCORECARD: India vs Sri Lanka 2017-18, 2nd Test at Nagpur

On his national call-up

“I had just come back home from Indore when I got the news and I was very happy. It is a dream come true moment for me to get a call-up from the Indian team. I got a call from MSK Prasad sir [chairman of the selectors]. He said: ‘You will get an official mail soon.’ Till I got the mail, I was anxious as it was hard for me to believe. I was waiting for the mail, which landed around 9 pm. I was over the moon then and so was my family,” said Shankar in an exclusive interview with IANS. Virat Kohli: Vijay Shankar can be our back-up all-rounder overseas

On sharing the Indian dressing room with Kohli and co.

“I put myself in everyone’s shoes. I will sit out and keep thinking what I could do if I was there. This would be an opportunity for me to talk to the stars of the team. I want to learn the way they practice and approach. Sitting with the team I will observe them closely. For me it is about giving my best in every game. It is important for me to satisfy myself at the end of the day. That’s what I have been doing for quite sometime. I generally don’t think about what will happen if I don’t perform. When I started expressing myself, I am always there in the game. It’s important to learn everyday.” Vijay Shankar: Looking forward to being part of the Indian dressing room

“I look up to everyone in this team and I am not being diplomatic about it, trust me. I played with Ashwin and Murali Vijay in Tamil Nadu team. There will be times when the team attacks and times when they hold themselves back, I will be looking at those things minutely. I always put myself in the captain’s shoes. So while observing those things, I will look to learn from every single player in the team.”

On Pandya being a potential competitor for his spot

“Pandya has done well so far and his rise has been amazing. I am not thinking about any sort of competition. It’s not about competing with anyone but improving on a personal front and trying to cement a place in the starting XI.” 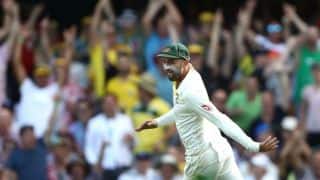