Vijay Shankar was roped in as Bhuvneshwar Kumar's replacement for the remaining couple of Tests against visitors Sri Lanka.

Indian cricket fraternity came across a surprise when BCCI named uncapped Vijay Shankar as replacement for Bhuvneshwar Kumar for the remaining two Tests against Sri Lanka, after Bhuvi opted out due to personal reasons. Shankar, a Tamil Nadu all-rounder, was all excited about his maiden call-up to the national side. Shankar added that it was long-time dream to play for India. He is now looking forward to be the part of the Indian dressing room, led by Virat Kohli. FULL CRICKET SCORECARD: India vs Sri Lanka 2017-18, 2nd Test at Nagpur

On his maiden India call up

“I am really excited. It has been a long-time dream of mine to be part of the Indian team. Now it has come true. My hard work has paid off. I was not expecting it but it feels great. I am looking forward to being part of the Indian dressing room for the first time. Being part of the India A team has helped me grow as an all-rounder. I have matured as a player and learnt to perform under different situations,” said Shankar, as reported by PTI. IND vs SL: Bhuvneshwar, Dhawan released from Test squad

Thank you everyone for your support & wishes Super excited to be a part of #TeamIndia @BCCI #DreamsDoComeTrue pic.twitter.com/GHHb95lGoi

On his current good form in Ranji Trophy

“I am happy with my batting form. I have been bowling well too and have bowled long spells. Getting four wickets against Mumbai has given me confidence. I was frustrated to miss matches, but worked hard on my fitness. [I] did rehab at the NCA with the physios and trainers there. It has made me stronger.”

On his IPL stint with Sunrisers Hyderabad (SRH)

“Working with Balaji has helped me improve my bowling and increase my speed.”

Shankar’s mentor Ajay added: “We are excited to see him representing the country. Making a debut is a big and a very special time for us. He worked a lot for this. Vijay put in a lot of hard work and his efforts made him return stronger and earn a spot in the A team.” 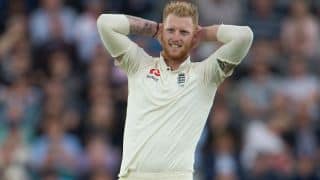