India were reduced to 24 for four inside ten 10 overs.

Vijay Zol, the Indian captain backed his decision to bat in their ICC Under-19 World Cup 2014 quarter-final encounter against England. In foggy conditions, with a bit of nip in the air, India chose to bat and were reduced to 24 for four inside the first ten overs. England, ultimately went on to win the game by three wickets in a tight last over finish.

Speaking about his decision to bat, Zol said, “I completely back my decision and my team backed me. Yes, there were a few weird dismissals. The seamers bowled well and I would like to give the credit to them. When I and Hooda were batting, the wicket settled down and it started coming onto the bat better, as compared to conditions early on in the innings. It was a matter of eight to 10 overs, but they bowled well.”

However, Zol said that his side did well to get back into the game, “After having been 24 for four, the way we came back to score 221, I think we made a strong comeback. A few more runs on the board could have changed things.”

When asked whether the pressure of being defending champions got to the Indian team, Zol said, “That was not the case. In Townsville [in 2012 when India won the tournament], we lost the first game against West Indies. We started off really well [in the current tournament] to reach the quarter-finals. So, I think there was no other pressure. In fact, we were enjoying [the tournament].”

Zol did look back at the journey of being with the Under-19 team and said that it was a great learning experience. He believed that the opportunity to play against international sides would serve them well in the years to come.

India were clearly the favourites but head back home disappointed. They do have a fifth place play-off match against Sri Lanka, the losers of the other quarter-final that took place on Saturday. 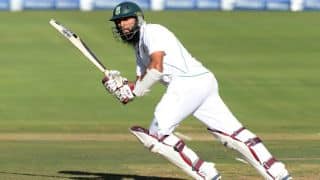 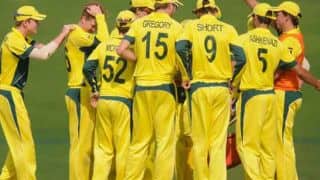