Needing 35 off the last over against Swinbrook, Dorchester-on-Thames accumulated 40 to waltz to triumph.

When West Indies needed 19 of the last over, Carlos Brathwaite powered them to the 2016 WT20 glory with four consecutive sixes. MS Dhoni had done the same many a time. However, none of these cricketers could blast as many as 40 runs. Even if you wallop six sixes in six balls, you cannot pull off such unlikely, though it would have been possible when there was an eight-ball over. Having said that, such improbable was witnessed in the Oxfordshire Cricket Association match. Needing 35 off the last over against Swinbrook, Dorchester-on-Thames accumulated 40 to waltz to triumph.

How did it happen?

Ball 1, 6 runs: Another loose delivery, and another six.

One delivery fetches them 13 runs.

Ball 2, Dot: Cucos bowls in the block-hole. McComb unable to put it away.

Ball 4, 5 runs: How on earth could you overstep? All the bowler had to do was bowl a legitimate delivery. No-ball, and McComb bags another four. Comedy of errors.

This delivery pockets them 11 runs.

In a report published by bbc.com, McComb said: It was an amazing end to the game. 240 is a tough target to chase in our league and we never looked ahead of the rate.I had nothing to lose in the final over and the boundaries weren’t huge, so I knew there was a slim chance. I’ve had an arthritic ankle for many years and I can’t run very well between the wickets, as the lads constantly remind me, so I either try to score a boundary or hop for a single!When they brought the field in for the final ball I knew if I got bat on ball we’d be OK. 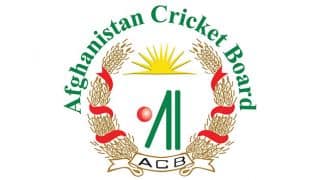