Not an early riser, I somehow managed to get up on time this morning. I had to report by 9 AM to handle the blog for the 2017-18 Ranji Trophy quarter-finals. Thanks to Mumbai locals, I was stuck at Kurla Station (ask Mumbaikars on the plight of waiting at Kurla) for 15 to 20 minutes. As a result, I entered office at 9.26 AM. By then, three out of four quarter-finals hadn’t even commenced. However, Karnataka skipper Vinay Kumar made me feel guilty. He was already trending on social media courtesy his heroics (a hat-trick) in the opening half hour of his side’s clash against Mumbai. Thankfully, a few kind souls in the office had taken over my responsibility…

Come on Vinay, have some mercy!

The stage was set for Karnataka to rule the proceedings and they did just that. Later, Vinay took his 22nd five-wicket haul in First-Class cricket and entered the list of top 10 wicket-takers in Ranji Trophy (376*).

If Karnataka eliminate Mumbai and proceed to the summit clash, Vinay can certainly get closer (or surpass) Bishan Singh Bedi in the overall standings.

Karnataka have been on a roll in the current edition. With four outright victories, they qualified for the knockouts with a game in hand, and will look to lift the title this time around. 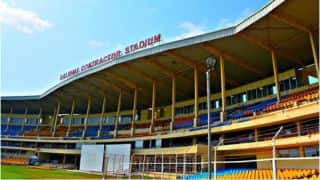 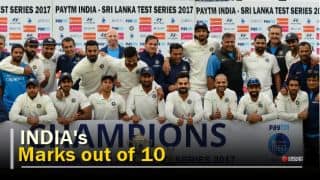