Vinod Kambli did not pay the installments of the loan he had taken and is missing.

Former India captain Vinod Kambli has been named as a defaulter by Dombivali City Cooperative Bank for outstanding dues. The bank placed an advertisement in a Marathi daily, saying that Vinod Kambli and his wife Andrea Kambli have not paid the installments of the loan they had taken from the bank.

The bank was unable to locate both Vinod Kambli and his wife, and that is why they had posted the advertisement. The bank also asked anyone who was in touch with the Kambli family to share information of their location. Vinod Kambli has played 17 Tests and 104 ODIs for India. 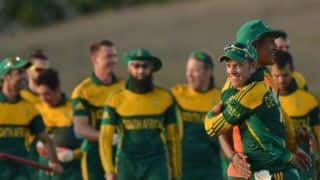