Former India batsman Vinod Kambli today lashed out at the Indian Premier League (IPL), saying that the cash-rich event tempt the young cricketers to go for the quick buck, when their aim should be to play Test cricket. 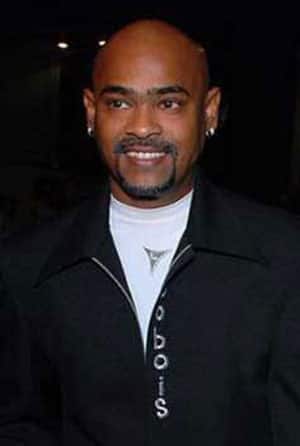 Former India batsman Vinod Kambli today lashed out at the Indian Premier League (IPL), saying that the cash-rich event tempt the young cricketers to go for the quick buck, when their aim should be to play Test cricket.

Kambli said most of the youngsters have identified IPL as their only source of income in their bid to make fast money and obtain lucrative sponsorship deals.

“Today, the youngsters are looking to play in the IPL. Reason being fast money. One Ranji Trophy match and they are picked up for the Twenty20 tournament. From day one, their aim is to play in the IPL but one should understand that real cricket is Test cricket,” said Kambli.

“IPL is fun, entertainment and offer a short career with a lot of money. It’s like ‘Saas Bahu aur Saazish’ serial,” Kambli said at a sidelines of a function here.

“It’s for the youngsters to decide their priorities. We all know that IPL results in quick money, all the attention and facilities. But youngsters should give preference to the domestic cricket, which is the ideal platform to develop skill and temperament.

“When me and (Sachin) Tendulkar started our careers, there was no IPL. We gave preference to the domestic cricket because our aim was to play in Tests. Now, with IPL, so many matches are being played in two months’ time and it’s becoming like a serial. One day people would like to see a change,” explained Kambli, who recently announced his retirement from first class cricket.

‘Saas Bahu aur Saazish’ is an afternoon daily on a national news channel that captures the excitement and news of popular serials across channels and the tele-world. The show gives a recap of the popular serials and predicts the likely turn of events in the following episodes.

Meanwhile, former India wicketkeeper and current coach of the IPL franchisee Kolkata Knight Riders, Vijay Dahiya, begged to differ from Kambli’s views on IPL, saying that the T20 event provides the right kind of platform to the youngsters.

“Everyone has a right to express his opinion. It’s Kambli bhai’s personal views and I respect him a lot. But I think IPL is a good platform for youngsters as it provides an opportunity to a player to select what kind of cricket he wants to play — whether it’s a longer format or shorter format,” said Dahiya.

Kambli termed Indian cricket team’s future as bright and singled out middle-order batsman Virat Kohli for special praise for his unbeaten knock of 112 against England in the second ODI at the Ferozeshah Kotla here on Monday.

“Indian team’s future looks bright. Youngsters are performing very well. Kohli played one of the finest innings of his career against England in Delhi. Young cricketers should take a lesson from Kohli’s inning on how to approach a 50-over match. Kohli, under intense pressure, anchored his inning to perfection,” he said. (PTI)