A few days back, Zaheer Khan had broken the news of his engagement with Sagarika Ghatge. While wishing the couple, Anil Kumble had tagged the wrong Sagarika (Ghose).

Thursday morning was a sad day for the Bollywood fraternity as they lost one of the eminent Bollywood personalities, Vinod Khanna. He was battling with cancer and passed away at the age of 70. Soon the Indian social media sent condolences as well as wrote heartfelt messages. Cricketers such as Virender Sehwag, Harbhajan Singh, Mohammad Kaif and likes mourned the death of the celebrity. However, with the flow of emotions, one of the Twitterati tagged the wrong Vinod who was none other than cricketer Vinod Kambli. This has not been a new trend for many who are active on social media. Vinod Khanna passes away: Cricket fraternity mourns

A few days back, Zaheer Khan had broken the news of his engagement with Sagarika Ghatge. While wishing the couple, Anil Kumble had tagged the wrong Sagarika (Ghose). All did go well with Sagarika Ghose who took the congratulatory tweets sportingly. However, the case was not the same with Kambli. The tweet started off by an account named TweetErrant who tagged Vinod Kambli instead of Vinod Khanna. One of the fans reminded him of the post and got it deleted with immediate effect. Meanwhile, some started paying tribute to the cricketer instead. After being tagged on numerous posts, Kambli hit out at the troll considering it as an insensitive act.

@TweetErrant.Shame on you people n who so ever have tweeted about Vinod khanna’s death n tagged my name in their tweets.Have some. continue

@TweetErrant .respect for vinod khanna.A versatile Actor and who so ever had tweeted abt me.God will surely punished you.

.@vinodkambli349 sorry i tagged wrong vinod by mistake. i am really sorry guys for the hurts.

@Winkerbell_ i just tagged vinod kambli instead of vinod khanna by mistake. and he got angry and tweeted something and blocked me.

However, TweetErrant realised his mistake and later apologised for the error made. But it was too late as Kambli had blocked the user by then. 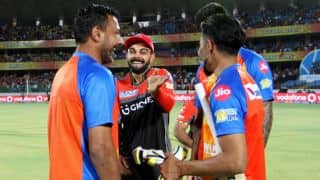 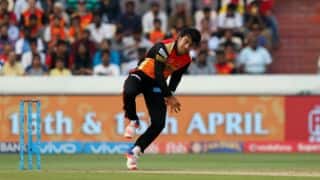