BCCI are planning to play a day-night Test against West Indies in October 2018.

The Board of Control for Cricket in India (BCCI) and the Supreme Court-appointed Committee of Administrators (CoA) continue to be at loggerheads. Both parties have been continuously trying to overrule each others authority in Indian cricket. In a new controversy, Vinod Rai, head of CoA has asked the BCCI office-bearers, especially Amitabh Choudhary, not to take any decision over India s proposed day-night Test against West Indies come October.

According to IndianExpress, Rai expressed displeasure over Choudhary s telephonic conversation with India s head coach Ravi Shastri. I don t have Ravi s email id. Please forward to him also.” He also questioned, why BCCI’s decision-making power was only limited to Mumbai.

Rai’s letter was as follows:

The issue is placed on hold. It does not go out of cricket centre_till: 1. We work out a whole process with venue thrown in _ exact timing incl. security arrangement over five days in the same venue and the cost of the same to BCCI/State Assn. We then consult the guest team. We need to factor in their viewpoints. 3. Ravi may have been consulted but I would like to consult the players whose body clock over five consecutive days will have to get accustomed to a new timing. 4. Also factor in the administrative set up who will be doing the regimen for five days-late nights and all.

Shastri’s view on day-night cricket is quite open, he mentions, As far as day night cricket goes it can be tried out as an experiment with a game starting at 12 and where the last session is played under lights. It will be interesting to see how much part dew will play. Again against a team like the West Indies it has to be played in a tier 2 city without a doubt. To get in the crowds it doesn t matter if it s a day game or daynight game. What (is) important is 2 tier city.

First Published on
Last updated on February 23, 2018 8:18 AM IST
TOPICS:
BCCI Board of Control for Cricket in India Amitabh Choudhary Vinod Rai COA Committee of Administrators 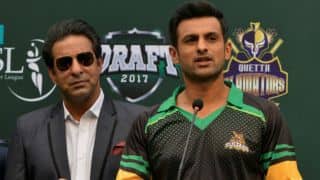