Powerhouse Royal Challengers Bangalore (RCB) skipper Virat Kohli could enter history books if he manages to score 81 more runs in the ongoing Indian Premier League (IPL) 2016. If he manages to score the 81 runs, he would become the first man ever to score 1,000 runs in a single season of the IPL. No batsman has ever achieved the feat as of yet, with the highest runs being 919, that is also currently being held by him. He plays the Qualifier one of the playoffs against the new franchise Gujarat Lions (GL), who have surprisingly managed to finish at the top of the league table. Even though Kohli fails to score in this tie, he would get one final chance in the Eliminator. Full Cricket Scorecard: Gujarat Lions vs Royal Challengers Bangalore, IPL 2016 Qualifier 1 at Bengaluru

While attributing his phenomenal rise to the top of the limited-overs cricket to rigorous training, Royal Challengers Bangalore (RCB) skipper Virat Kohli has stressed that it is pertinent to stay grounded and remain calm despite adulation and fame. Kohli continued his red-hot form as he smashed an unbeaten 54 off 45 balls to secure his side a spot in the Indian Premier League (IPL) play-offs, following a six-wicket win over Delhi Daredevils in a winner-takes-all contest in Raipur on Sunday evening, reported ANI. Virat Kohli: Need to stay calm and grounded amid adulation and fame

“It is very important not to get very arrogant or rude about your form or the way you are striking the ball. You will have a few incidents on the field where people will have a go at you, but after that sort of chat, you are back to basics, you are back to being normal and humble about what you want to do on the pitch. It is all about keeping that thin line between over-confidence and being confident and calm about your skill,” Kohli said, added ANI. 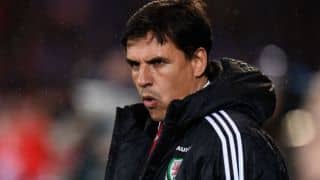 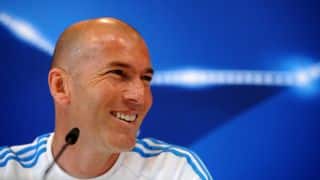 Zinedine Zidane: I have lot to learn as coach