India had to deal with injury scares ahead of the England Test series as captain Kohli and his deputy Rahane were both ruled out of the 3-day warm-up match against County Select XI on Tuesday. 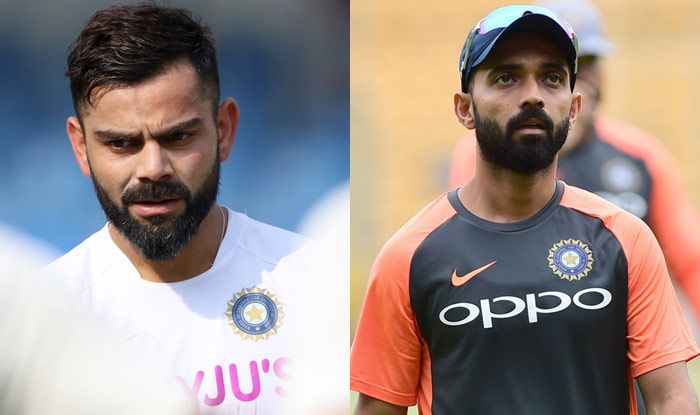 Indian team management left everyone surprised on Tuesday when they decided to rest regular captain Virat Kohli and his deputy Ajinkya Rahane from the three-day practice game against County Select XI in Durham. Along with Kohli and Rahane, senior off-spinner Ravichandran Ashwin and fast bowler Mohammed Shami were also not part of the Team India XI for the warm-up match. The practice game against County Select XI is India’s only chance to get some much-needed match-practice before the five-Test series against England, starting August 4 at Trent Bridge.

As Rohit Sharma captained the side in absence of Kohli and Rahane – BCCI cleared the air in the evening about the absence of both the players. Kohli and his deputy Rahane missed the three-day warm-up ain Chester-le-Street because of a stiff back and swelling in the left hamstring respectively.

“Kohli felt some stiffness in his back on late Monday evening and he has been advised rest from the three-day first-class warm-up game by the BCCI Medical Team,” the statement read.

The 33-year-old Rahane’s injury on left hamstring appears to be more serious than Kohli’s but BCCI confirmed that that the right-hander is expected to regain full fitness before the first Test at Trent Bridge.

“Vice-captain Ajinkya Rahane has mild swelling around his left upper hamstring. This has been addressed by an injection. He is not available for the three-day first-class warm-up game,” BCCI secretary Jay Shah said in a media statement.

“However, the BCCI Medical Team is monitoring him (Rahane), and he is expected to fully recover well in time for the first Test against England starting from 4th August at Nottingham,” Shah further stated.

UPDATE – Fast bowler Avesh Khan sustained a blow to his left thumb on Day 1 of the warm-up game. He has gone to get a scan. The BCCI Medical Team is monitoring him.#TeamIndia pic.twitter.com/XZZOTK7iPP

Since this is a first-class game, the option of just batting and not fielding is not there for the visitors.

India’s red ball team suffered another injury scare as stand bye pacer Avesh Khan, turning up for ECB’s Select County XI, suffered a thumb injury, which might result in dislocation on the first day of the warm-up first-class game against his own team.

Avesh didn’t have a great first spell when Mayank Agarwal launched into him with a flurry of boundaries before bowling a better second and third spell.

It was in his third spell during post lunch session that Avesh in reflex action tried to stop Vihari’s crushing bowler’s back-drive and hurt his thumb.

He was seen writhing in pain and the Indian physio came out and thumb was immediately strapped and the commentators on Durham County’s ‘YouTube’ channel said that it could be a case of “thumb dislocation”. 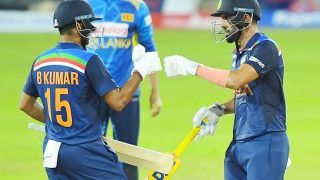 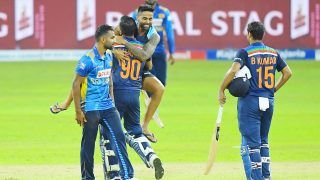