This year marks the 11th year of the ICC Awards and the winners will be announced Nov 14.

However, no other Indian was selected for any of the other major award categories of the International Cricket Council (ICC).

Kohli will be competing for the award against South Africans Quinton de Kock, AB de Villiers and Dale Steyn, who have also been shortlisted. De Villiers won the award in 2010 while Kohli won it in 2012.

For the Women’s ODI Cricketer of the Year award, two former winners have been shortlisted — England captain Charlotte Edwards, winner in 2008, and two-time winner Stafanie Taylor of the West Indies. They are joined by No.1 ranked batter Mithali Raj and England wicketkeeper-batter Sarah Taylor.

There will be a new winner of the Women’s T20I Cricketer of the Year after the previous two awards were won by England’s Taylor. The players shortlisted this year are Edwards of England, Meg Lanning of Australia, India’s Mithali and West Indies’ Taylor.

Mithali is one of the seven cricketers who have been nominated for two awards. The others are de Villiers, Edwards, Mitchell Johnson, Angelo Mathews, Kumar Sangakkara and Taylor.

This year marks the 11th year of the ICC Awards and the winners will be announced Nov 14. The voting period for the awards was from August 2013 to September 2014.

The individual player awards were shortlisted by an academy of top cricket personalities from around the world after the long-list nominations were made by a five-person ICC selection panel led by former India captain and chairman of the ICC Cricket Committee Anil Kumble.

David Shepherd Trophy for ICC Umpire of the Year: All 12 members of the Elite Panel of ICC Umpires have been nominated 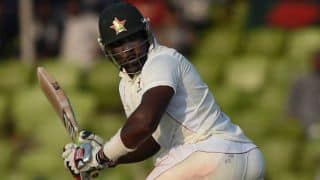