Ganguly also spoke on India Test wicketkeeper and local boy Saha, who took two brilliant catches in the second Test in the ongoing series against South Africa in Pune. Board of Control for Cricket in India (BCCI) president-elect and former India captain Sourav Ganguly on Tuesday said he would like to see the Indian team management focus on winning more ICC tournaments and that is an area he would like skipper Virat Kohli to address. “My only thing is that they need to win big tournaments. They are not going to win every time but they have gone through seven tournaments without winning one,” Ganguly told reporters at the Eden Gardens on his arrival in the city amid much fanfare.

“They are a much better side than that. That is an area they need to get ready mentally. Talent is enormous. We reached the World Cup semis. That’s an issue which Virat needs to address. It doesn’t happen in the boardroom,” said the 47-year-old.

India last won an ICC tournament in 2013 when the MS Dhoni-led side beat England in the final of the 50-over Champions Trophy.

Asked about the 50-over Champions Trophy being replaced by back-to-back World T20s in 2020 and 2021, Ganguly said: “Times have changed. We will have to respect that. When Champions Trophy came in, I was captain that time and it was a huge tournament. With the advent of T20, people come in more for T20 games and the ICC is going by that.”

Ganguly also rated his Test debut in 1996 as a bigger moment in his life than becoming the BCCI President. “1996 will always be the biggest day of my life. I played a first test match for India nothing can beat that,” he added.

Ganguly scored a hundred on debut against England at Lord’s in June 1996.

Ganguly also spoke on India Test wicketkeeper and local boy Wriddhiman Saha, who took two brilliant catches in the second Test in the ongoing series against South Africa in Pune. He said the 34-year-old will have to score runs in order to continue playing for the country. 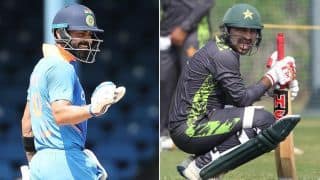 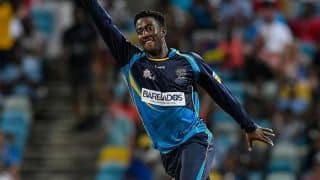