Rishabh Pant's dwindling form with the bat could see him being dropped from South Africa Test series.

Rishabh Pant‘s dwindling form with the bat is affecting his wicketkeeping and as a result India captain Virat Kohli and coach Ravi Shastri want Wriddhiman Saha to take over the gloves for  the South Africa Test series, a report has claimed.

Recently, BCCI chief of selectors MSK Prasad had insisted Pant is now India’s first-choice keeper across formats but the youngster has come under fire for his ‘careless’ batting in limited-overs cricket.

“The selectors are in a mood to give one final chance to Pant in the first Test, but the team management (Shastri and Kohli) wants Saha to play from the start of the series itself,” a source was quoted by The Times of India as saying.

However, there’s a stark contrast in how Pant’s career has taken off in Test cricket when compared with limited-overs format. While in Test cricket he has set both batting and wicketkeeping records, in ODIs and T20Is, he has been time and again criticised for throwing away his wickets despite being consistently backed by the likes of Sourav Ganguly, Gautam Gambhir and Yuvraj Singh.

Pant hasn’t done anything to lose his place in Test cricket as his two hundreds and a batting average of 44.35 to go with 53 dismissals indicate.  “The problem is, Pant’s lack of success with the bat is hurting his confidence while keeping wickets too. His DRS reviews aren’t great. In Indian conditions, on turning wickets, he may struggle. Saha is a far better ‘keeper than him, and get a few useful runs lower down the order too,” the source further said.

Saha hasn’t played a Test since January 2018 during the South Africa tour following an injury but has since regained full fitness and scored runs to present his claim despite Pant climbing up the ranks during his absence. Saha has so far played 32 Tests, scored 1164 runs with three centuries and five half-centuries apart from 85 dismissals. 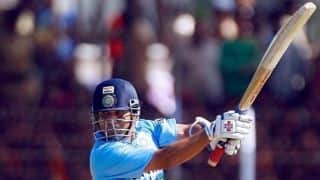 Rishabh Pant is India’s solution for all formats: Sourav Ganguly