Beach volleyball was the way through which the cricketers relaxed after a long flight from India, during which chief coach Anil Kumble saw his baggage misplaced.

Basseterre: The Indian cricket team, led by skipper Virat Kohli, enjoyed a session of sun and sea, playing beach volleyball in the idyllic islands of St Kitts on Friday. Beach volleyball was the way through which the cricketers relaxed after a long flight from India, during which chief coach Anil Kumble saw his baggage misplaced. The BCCI posted a video of the players chilling out at the beach, with all-rounder Stuart Binny indulging in a bit of commentary. India will open their tour with a two-day warm-up game against the West Indies Cricket Board President’s XI at Warner Park, St Kitts from Saturday. FULL CRICKET SCORECARD: India vs West Indies 2016, 1st Test at Antigua

A second practice match, a three-day affair, will start at the same venue from July 14. The first of the four Tests will be played in Antigua’s Sir Vivian Richards Stadium from July 21. Considered one of the most beautiful islands in this part of the world, St Kitts is surrounded by the Caribbean Sea on the west and Atlantic Ocean in the east.

Watch @imVkohli & the boys enjoy the sun and sand while Stuart Binny put on the commentator’s hathttps://t.co/8f9Ke9mA65

Meanwhile, Former India captain Sourav Ganguly on Friday said off-spinner Ravichandran Ashwin would be key to India s success in the Test tour of the West Indies, their first series under new head coach Anil Kumble. I think Ashwin will be the key in West Indies, Ganguly, who turned 44 on Friday, said at his residence. Fresh from winning their second World Twenty20 title, the West Indies finished runners-up to Australia in a triangular ODI series also involving South Africa to continue a glorious year that has seen them also win the women s WT20, and Under-19 World Cup. 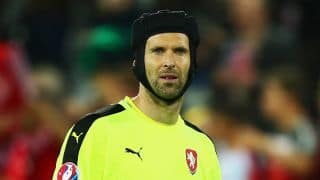 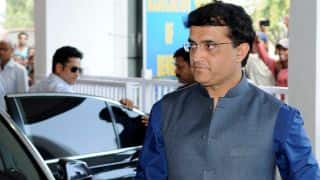