India are trailing the three-match Test series by 1-0 against South Africa.

India, who are currently trailing by 1-0 in the three-match Test series against South Africa, paid a visit to to the country’s high commission in Johannesburg. The BCCI tweeted images of the Virat Kohli and team interacting with the officials of India House. Players also tweeted about their visit to India House. Cheteshwar Pujara posed a solo picture while Rohit Sharma was seen with his Ritika Sajdeh. The Indian team was in Johannesburg on their way to Centurion were they will play the second Test against South Africa.

A lot has been said about India s composition for the second Test at Centurion. Experts have stressed on the inclusion of Ajinkya Rahane and KL Rahul in the playing XI. It will be interesting to see whom does Kohli pick and who will be benched in the second Test that begins from January 13. 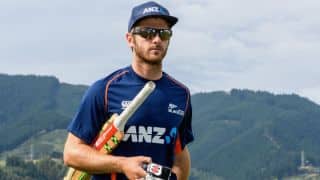