An old article that mentions the Anushka and Virat split resurfaced on the internet, which in turn, led to many trending #VirushkaDivorce on social media. 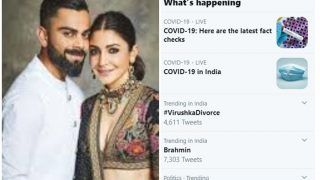 Is India skipper Virat Kohli and his wife, actress Anushka Sharma getting divorced? No, is the answer. Then why is #VirushkaDivorce one of the top trends in India? It is strange but true that the hashtag is trending, but it looks like a classic case of fake news that has gone viral as fans are reacting to it.

From giving Kohli a haircut to playing cricket with him on the terrace, the couple is more than happy with each other and have probably developed a stronger bond during the lockdown.

So, what exactly happened?

An old article that mentions the Anushka and Virat split resurfaced on the internet, which in turn, led to many trending #VirushkaDivorce on social media. However, the article dates to a time before they got married and hence it is not right to spread the rumour.

Here is how fans are reacting to the hashtag. Some of them are reacting in shock, while some others are seizing the opportunity to come up with hilarious memes.

Here are the reactions.

My fellow Indians have always been experts in sniffing others holes than minding their own god damn business #VirushkaDivorce ?

who the hell the haters ? are….

They’re the definition of my perfect #SaturdayMotivation #SaturdayMorning pic.twitter.com/7cnm1kTMjM

Meanwhile, after the success of Anushka’s web series ‘Pataal Lok’, some objected to the content it promotes. But a BJP MLA from Uttar Pradesh took things a step further, asking Kohli to divorce Anushka. 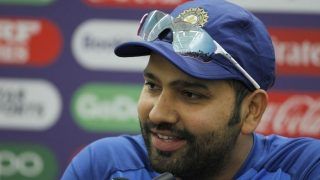 Former Captain Mashrafe Mortaza Hurt by Lack of Respect From Bangladesh Cricket Board, Says Gave my Life to The Game