"What happened in Bangalore is really really disturbing."- Virat Kohli

New Delhi: India captain Virat Kohli said that those who watched in silence when women were being molested on Bengaluru streets on New Year’s eve have “no right to call themselves men” and he feels ashamed to be a part of such a society. “What happened in Bangalore is really really disturbing. To see something like that happening to the girls and for people to watch and not do anything about it is a cowardly act. Those people have no right to call themselves men,” Kohli, who has of late aired his views on social issues, took to twitter posting two clips of 94 second duration.

“I would like to ask a question, God forbid if something like that happened to someone in your family, would you stand and watch or would you help? These things are allowed to happen because people stand there and watch it and they are absolutely fine with it. That’s why these things happen to a girl,” the Indian captain commented. “Just because she is wearing short clothes. It’s her life and it’s her decision, her choice and for men to accept that it is an opportunity to get away doing this and men in power defending it is absolutely horrible.”

Women were subjected to harassment by hooligans at the New Year’s eve in Bengaluru, triggering widespread outrage.

This country should be safe & equal for all. Women shouldn’t be treated differently. Let’s stand together & put an end to such pathetic acts pic.twitter.com/bD0vOV2I2P

Change your thinking and the world will change around you. pic.twitter.com/FinDIYv2aV

“The fact that these things are in certain people’s heads and is acceptable to a certain degree, it’s disturbing and it’s shocking and I am ashamed to be a part of that society,” straight-talking Kohli stated.

“I think we need to change our thinking, treat men and women in the same way, be respectful, and treat women with some compassion and put yourself in that situation and think what if we were the family members of those girls. How would we feel about it?,” he signed off with a question. 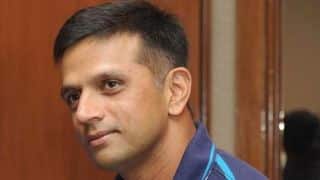