Only Brendon McCullum (2,140) is ahead of Virat Kohli in terms of runs scored in T20Is.

Indian skipper Virat Kohli continues to scale new heights with each passing game. He continues to grow in stature in every format, threatening to reach levels hitherto unknown. Kohli has now added another feather to his cap. During the second T20 International against New Zealand at Rajkot, Kohli surpassed Sri Lanka’s Tillakaratne Dilshan (1,889) to become the second highest run-scorer in T20I history. He is only behind Brendon McCullum (2,140).

Although Kohli has been phenomenal in T20Is, he has also been equally impressive in the other formats of the game. In ODIs, he has so far scored 9,030 runs from just 202 games, at an average of 55.74 along with a strike rate of 91.73, including 32 centuries and 45 half-centuries. Kohli is only behind Sachin Tendulkar (49) in terms of ODI hundreds. Recently, he also became the quickest to 9,000-run mark in the format.

He also has 4,658 runs from 60 Tests, at an average of 49.55 and a strike rate of 56, including 17 centuries and 14 half-centuries. Had the average been marginally more (it was at one point) he would have been the only cricketer with an average of 50 in every format (at this point he is the only one with 49).

Kohli started off slowly in the format, but gained pace ever since his blitz in the fourth edition of World T20I (2012) in Sri Lanka. He carried on with the momentum a tough task in the rapid format and remained the top run-scorer in the preceding editions of World T20, in 2014 and 2016. Barring Zimbabwe, Kohli has half-centuries against all teams. Overall, he has amassed 17 fifties but has no century to his name.

With a T20I strike rate of over 135, Kohli remains the torch bearer in modern era on how to adapt across formats with ease. 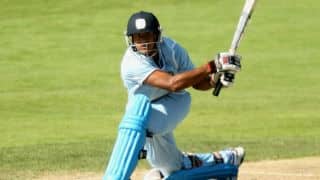