Virat Kohli will look to carry on the good form from the World Cup into IPL.

Mumbai: Captain Virat Kohli today said Royal Challengers Bangalore’s (RCB) star-studded batting line-up will be able to express itself better in IPL-8 with the arrival of players such as Darren Sammy and S Badrinath in the team. Besides the Indian player and former West Indies captain, Dinesh Karthik was also being bought at the auction, and the 26-year old Kohli said that it has provided depth to their batting line-up. IPL 2015: Royal Challengers Bangalore’s (RCB) jersey revealed!

“This season is pretty different for us because for the last three or maybe four years myself, Chris and AB have played under a lot of pressure because the batting revolved around the three of us. If you look at the few other teams, they have a lot of depth in their batting which meant the guys could go and express themselves and play freely that worked for them,” Kohli said after the team’s jersey launch here. Royal Challengers Bangalore (RCB) in IPL 2015: Stats preview

Things, this time around, could change for the better for RCB. “We had to be cautious and at the same time look to score runs which sort of put us under pressure at times but this time around we have got Dinesh Karthik, Darren Sammy, Badrinath and youngsters like Mandeep Singh coming into the batting line-up. Royal Challengers Bangalore (RCB) in IPL 2015: Best chance for franchise to scalp maiden title

“It is a very strong batting unit this time and we have got really good depth with great mixture of Indian youngsters and great bowlers from around the world and some good power hitters. READ: Ravi Shastri defends Virat Kohli’s work ethic

“This season the three of us can play the way we always wanted to play in T20 cricket like you see AB, playing the way he did in the World Cup. I am sure he will be feeling the same and he will be feeling relieved that he can start playing (his shots) from ball one, two or three. That is pretty exciting for us as a team,” he said. READ: Rahul Dravid defends Virat Kohli’s performance in Australia

Kohli said they have a strong enough team to clinch the Indian Premier League trophy after featuring in two semi-finals and final earlier. “We always aim to do well in the tournament. We have played the semi-finals twice, played the final once, played the Champions League finals once and it is time that we cross that hurdle and we have a team which can cross the hurdle. READ: Yuvraj Singh asks India cricket fans to respect Virat Kohli-Anushka Sharma’s personal life

“I am sure that the players we have retained and bought in the auction, we can create a good combination which gives us a good chance in the tournament. If 11 players believe that we can win then we will surely do well in the tournament.”
World Cup Player of the Tournament Mitchell Starc has a knee niggle and Kohli said the Australian left-arm pacer is expected to join the team after three or four games. ICC Cricket World Cup 2015: Virat Kohli could’ve done more to help India retain crown

“He has had a couple of weeks rest and he will be joining us after three or four games. It is a great thing because you don’t want him to get injured midway of the tournament. He would rather come fresh at the business end. The way he is bowling right now, he is probably the best fast bowler in the world at this stage. READ: Anushka Sharma, you are to be blamed for India’s loss against Australia in ICC Cricket World Cup 2015

“We would love to have him at 100 percent fitness and the way he is bowling, he can turn things around for us later on. I hope he is coming into the good momentum that we create early on and he will only strengthen things for us, when he comes in,” he said. Virat Kohli and Anushka Sharma walk hand-in-hand after landing in Mumbai

Asked if the players are tired after the long Australian tour, he said, “We have been out for a long time and it was a very high intensity tour with the World Cup, Test series and the Tri series. The body breaks down but as professional cricketers we learn how to recover from it and the 8-9 days break in between has helped us in getting recovered. I am looking forward to the IPL as we have a strong team in all the departments and it is going to be an exciting season for us.” Amul hits back on Virat Kohli, Anushka Sharma’s critics

The star batsman observed that the players won’t find it too difficult to adapt to T20 after playing in the World Cup and Test-series as it is easier to play in the shorter version after playing in the longer formats of the game. “It is not that difficult to switch playing from the longer format of the game to T20 cricket because you can be more relaxed and expressive. We have world class players, like I said we have a lot of depth and we have taken a lot of batsmen, so we will be able to play more freely. MS Dhoni, Suresh Raina, Virat Kohli have been masters in run-chases for India

“I think it is very important for a cricketer to play stress free in the shorter formats of the game to better your performance. I think if you switch from T20 cricket to Test cricket, it will be more challenging for the batsman. IPL has always been the tournament where players enjoy their cricket and that is the reason you see a different level of performance from a lot of players, because they are relaxed.” IPL 2015 Auction: Full list of players bought by Royal Challengers Bangalore (RCB) for IPL 8

On the changing pattern of one day cricket from the World Cup with batsmen approaching the first 30 overs cautiously and attacking in the last 20 like in T20s, Kohli said he likes to divide the game in phases.  Royal Challengers Bangalore (RCB) in IPL 2015 Player Auction: Big purchases show intent from perpetual under-achievers

“In a tournament like the World Cup, you have to play differently from the other tournaments because the risk taking is less. You know the importance of it. You want to make sure that you are 100 per cent on your game and when you are in form and you are doing well, you want to help the team as much as possible. I think it depends on the individual but I have always believed in dividing the game into different phases which works for me,” he said. IPL 2015 Auction: Full list of players unsold for IPL 8 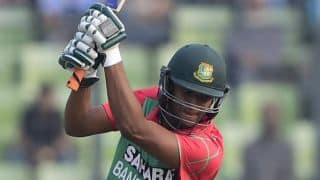 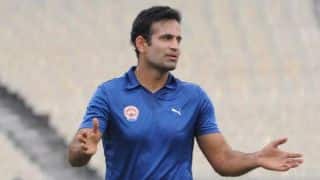