Karachi: Former Pakistan skipper Wasim Akram has showered praise on Indian prolific cricketer Virat Kohli, describing him as the ‘best batsman in the world’. The 49-year-old believes Kohli was currently at that phase of his career where the batsmen learn to score runs in every situation. Admitting that the Indian batsman plays with authority in all the three formats of the game, the former left-arm pacer said that he would have found it extremely difficult to bowl against him, the Express Tribune reported. Despite agreeing that India have been performing very well, Akram refused to consider them as hot favourites to grab this year’s World T20 title. He said that it was really difficult to predict the winner of the prestigious T20 tournament. Expressing his views on Pakistan’s dismal performance in the recently-concluded Asia Cup, Akram said that his side were unpredictable and that Shahid Afridi’s side have the ability to surprise any team. READ: Virat Kohli likened to John McEnroe by Kapil Dev

Kohli has been on top of the game for the past few series. The batsman has been in a very good touch since the Australia series and was one of the match-savers for India in many of the past few matches. On the other hand, Pakistan have put up a dismal performance in the recently concluded Asia Cup 2016 which speaks a lot about their need of a potent batsman and a proper team. India have started their ICC World T20 2016 campaign with a 45-run win in the Warm-up match against West Indies at Eden Gardens while Pakistan will start their World T20 campaign at Eden Gardens in Kolkata on March 16 against the hosts. 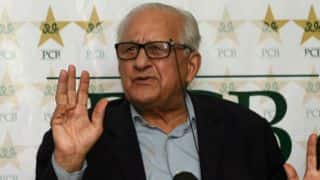