With 19 centuries in Test cricket, Virat Kohli seems to be unstoppable at the moment as he keeps scaling new heights in every single Test he plays.

Virat Kohli has hit 19 centuries in Test cricket, and has been on a record-breaking spree of late. Speaking about his most memorable Test century, Kohli rated his knock of 114 during the Adelaide Test in 2014 as the most special. Kohli said that it was his performance that inspired the team. FULL CRICKET SCORECARD: India vs Sri Lanka 2017-18, 3rd Test at Delhi

On his most special Test century

“I think from the transition point of view, the hundred in the second innings at the Adelaide Test [in December 2014] where we almost won the match was something special to me. I will always remember that match. Instinctively from my heart, it came to me that I should speak to the team. I had a chat with the players at the team bus after fourth day’s play and Australia had not declared their innings. I told them whatever target they give us tomorrow, we will go for it,” said Kohli after winning the Popular Choice Special Achievement Award, which was hosted by CNN-News18. Shastri: SA tour will be an opportunity to for IND to prove themselves

On captaining under MS Dhoni’s absence

“Nobody objected and then I told them to go to their rooms with the thought that we are going for the target tomorrow. We came out [on the fifth day] thinking that we can do it [win]. I was convinced that we can win the match. Not crossing the line hurt us but what we did as a team has given us a lot of belief that we can compete with any team in the world and beat anyone anywhere. We carried forward that attitude and now we are here.” 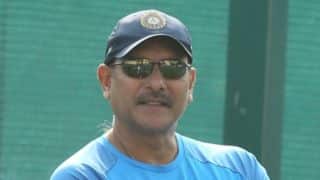 Ravi Shastri: South Africa tour will be an opportunity for Indians to prove themselves 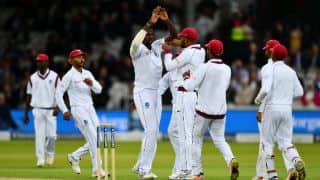