For Kohli, not getting a century may be unfamiliar territory but he's not complaining as the rest of the batsmen step up.

MANCHESTER: Eight matches without a Virat Kohli century is rare. Since January 2018, Kohli has struck nine hundreds but in the World Cup, the India captain is yet to register a three-digit score. He has got fifties though five of them, but the century-hitting role has predominantly belonged to his deputy Rohit Sharma who has set a record with five centuries this edition and continues to burn the charts. ALSO READ: India s bossing of league stage a stern warning for New Zealand

For Kohli, this may be unfamiliar territory, for mostly it is him who stars with the bat more often than not. But it s not something that bothers Kohli, for he is happy playing a different/unique role this World Cup. ALSO READ: Winner take all India, New Zealand battle for a date at World Cup final

“It’s been a different kind of role that I’ve had to play in this World Cup and as the captain of the team, I have been open to playing any kind of role that the team wants me to,” Kohli said. “It’s great that Rohit is scoring so consistently. I hope he gets two more so we can win two more games. According to me, he is at the moment the top ODI player in the world. It means that coming in the latter half of the innings, you have to play a different role, which is controlling the middle overs and letting guys like Hardik, Kedar, MS in the past few games, and now Rishabh, come out and express themselves. ALSO READ: 11 years on, Kohli and Williamson come full circle

“I have understood that roles can vary a lot in One-day cricket, depending on the time you step into bat. I have been very happy with holding one end and letting guys express themselves striking at 150, 160 or 200 if the team needs and I can accelerate in the end. I have learnt so much in this World Cup by spending time in the middle… that okay, this is also a role that you are supposed to play.”

Tuesday may be a good time to finally get his 42nd ODI century. India face New Zealand in the first semi-final of the World Cup, two teams who have taken a bit of a different route in their road to the final four. India have been on a rampage, ploughing through oppositions to finish the league stage as the No. 1 team. New Zealand, on the other hand, having started well, have lost a bit of momentum suffering defeats in the last three matches with batting letting them down.

In terms of bowling, however, New Zealand comprise one of the best attacks in the world, something which Kohli also acknowledged.

“New Zealand attack has always been a very balanced bowling attack,” he said. “Their pacers are very consistent. Mitchell Santner brings in a lot of control with his skills in the middle overs. So they are a team which has always been a very consistent team, so we know that against them we’ll have to be very, very disciplined, at the same time we will have to play very correct cricket to score runs against them because they are bowling good lines and lengths and they know what they are doing.”

Kohli, in a jovial mood, revealed that India were happy knowing they were travelling to the Old Trafford and not Edgbaston considering the polar distance of the two venues from Headingley, Leeds, where Kohli s men played their final league game against Sri Lanka. They travelled on Sunday, July 7, which happened to be MS Dhoni s 38th birthday.

Social media was filled with people from and beyond the cricketing fraternity wishing Dhoni, including Kohli himself, who for a change, was expressive talking about Dhoni the person and not Dhoni the batsman.

“From the respect point of view for MS, it’s always going to be sky high, especially in my eyes, because I know how difficult it can be to make a transition from captaining also. It’s not easy to be another player in the side after captaining it for decades and therein lies Dhoni’s greatness. Being a mentor but without being assertive, which the team acknowledges,” he said.

“You know, within the same team, just playing as a player after being captain for so many years and still not being too assertive or too pushy in anything. He gives you space to make your own decisions and to actually discover yourself, so I think that’s been his biggest quality.

“When a person has done so much for the team you have to appreciate and acknowledge how he’s handled and taken the respect for Indian cricket so high all over the world. We are all very grateful for what he’s done for Indian cricket and for us.” And he’s always been in a very happy, jovial mood all the time whenever we see him. Yesterday again was a very happy moment for him, for the whole team, to see a smile on his face and he’s in a very comfortable, very happy space at the moment.” 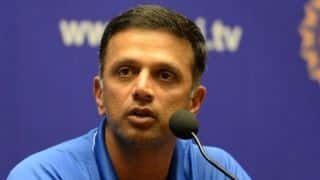 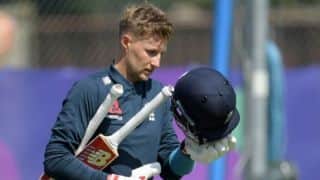 We will get ourselves ready as best we can, says Joe Root as England face Australia in semifinal