India lost Hardik Pandya due to some extremely unprofessional running but ended the opening session of Day Three at 287 for 8. Virat Kohli registered his 21st hundred, while Ravichandran Ashwin gave him good company for the seventh wicket. The duo added 71 before Ashwin edged one to Faf du Plessis off Vernon Philander. Kohli will look to up the ante and reduce the deficit post lunch.

The day commenced with Pandya and Kohli in the middle. Pandya departed soon afterwards but Kohli brought up his second ton in South Africa. Pandya’s sheer laziness cost him immensely for 15. He didn’t ground his bat on time after being denied a quick single.

On the other hand, Kohli carried on positively from where he left overnight. He continued to play forward with a good stride. He drove with purpose and got into triple figures soon. Kohli after Sachin Tendulkar became the second Indian captain to score a century on South African soil. This is also his second ton in the African nation, post his 119 at Johannesburg in 2013.

Kohli stitched a 71-run stand with Ashwin, who looked positive and confident from ball one. He faced a barrage of short balls on arrival but was cautious not to get a nick. After scoring 53.5 per cent of runs in the partnership, Ashwin played a poor shot off Philander. He tried to go for an uppish drive, got a thick edge to second slip. Mohammed Shami perished for 1, and Ishant Sharma has, till now, given some company to his skipper. 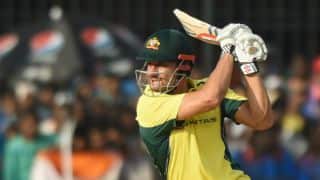 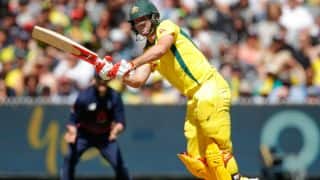