‘He has scored runs in the last three Tests’

Well, we decided to go on current form. Rohit has scored runs in the last three Test matches that he has played, and he was batting well, even in the series against Sri Lanka. These things can always be looked at in hindsight thinking what if or what if not. But we decided to go with this combination and current form was definitely the criterion.

Rahane was the third-highest run-scorer when India visited South Africa last time. He scored 209 runs and was behind Virat (272) and Cheteshwar Pujara (280). Rahane’s overseas Test average is 53.44 more than any other player touring.

Sharma however failed to perform in both innings, scoring 11 and 10 respectively. Vernon Philander recorded his career-best, taking 6 for 42 and dismissing India for 135 while chasing 208. South Africa lead the three-Test series. The second test match is scheduled on January 13. 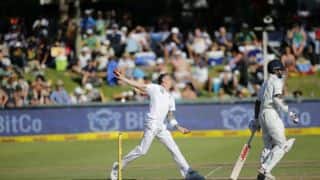 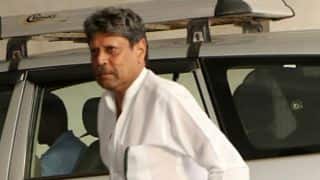