Waqar Younis played in the era when masters like Sachin Tendulkar and Brian Lara ruled most batting charts.

Waqar Younis was at the receiving end of Virat Kohli s brilliance in the 2015 World Cup at Adelaide. The Waqar-coached Pakistan side saw Kohli slam a hundred at Adelaide that paved the way for India s win. The torment would continue. Waqar saw Kohli dominate Pakistan in the Asia Cup T20 in 2016 followed by the World T20. Despite not bowling to him, he has seen enough of the Indian genius. The former Pakistan coach has now tipped Kohli to break all batting records in the years to come.

The way he is maintaining his fitness and the way he enjoys his game and focuses on his skill level, I think he is destined to break all batting records in the years to come, Waqar told PTI.

Best batsman of this era?

The way I see it he should go on to achieve a lot of batting records, Waqar said.

Waqar played in the era when masters like Sachin Tendulkar and Brian Lara ruled most batting charts. In November 1989, Tendulkar and Waqar made their Test debut together. It has always been a debate on who is better, Tendulkar or Lara? Waqar picks the Indian maestro.

I played a lot against Tendulkar and he made his debut against us. Over the years I saw him become a thorough professional and I have not seen such a committed player. He was the best batsman I bowled to and it used to be a challenge, added Waqar before mentioning that Lara was naturally gifted and could be devastating on his day.

Waqar quit as Pakistan s national coach after the team s dismal run in the 2016 World T20. He was replaced by Mickey Arthur. 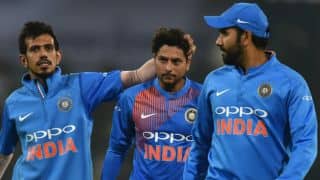 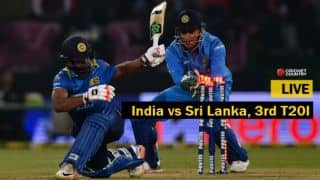