India lost the match by 48 runs after losing last eight wickets for 73 runs.

Former captain Mohammad Azharuddin threw his weight behind Virat Kohli, saying the Indian skipper had done the right thing in chasing the steep target in the first Test against Australia. Kohli’s gamble to go for a win chasing a target of 364 runs on the fifth and final day did not pay off as India lost the match by 48 runs after losing last eight wickets for 73 runs at Adelaide.

Azharuddin, however, was not too disappointed with India’s batting performance and said it actually exposed Australia’s bowling attack.

“I think Kohli did the right thing in chasing the target. We were doing well, the batsmen were playing good cricket but we lost crucial wickets and it put us in the back foot. But I think it also exposed Australia’s bowling attack,” Azharuddin said while speaking at Agenda Aaj Tak 2014.

Azharuddin heaped praise on Kohli, who became only the second player in Indian Test history to score a century in both innings on his debut as captain, and singled him out as the most important player for India’s campaign in the next year’s World Cup.

“I think Kohli and Mahendra Singh Dhoni will be the most important players for India during the World Cup. In ODIs [One-Day Internationals], Dhoni is a very good player and he will get his confidence back once he starts playing a few matches. I rate Kohli and South Africa’s AB de Villiers as my favourite players of the World Cup,” he said.

Lavishing praise on Kohli, Akhtar said: “The way he has played in this Test, he has proved that he is not only a great one-day cricketer but also a great Test player.”

Asked about India’s chances of defending World Cup, Akhtar said, “The major factor for India is that they have three fast bowlers now who can bowl fast at 140km but they need to be fit. If Pakistan can show daredevilry and India can show the right attitude then either of the two teams can win the World Cup,” he added. 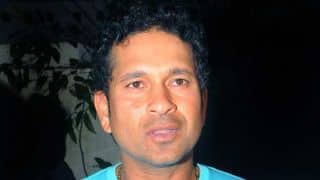 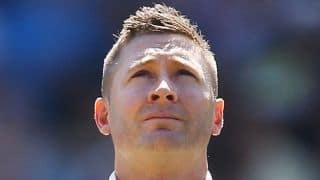