RCB captain Virat Kohli could face a one-match ban if his team fails to maintain the required over-rate in their next outing in the IPL.

New Delhi: Royal Challengers Bangalore (RCB) captain Virat Kohli could face a one-match ban if his team fails to maintain the required over-rate in their next outing in the Indian Premier League (IPL). With two wins from seven games, the Bengaluru side has not only struggled to get over the line, but also complete their overs in the stipulated time. The effect of these offences would directly fall on the skipper, who has already been penalised twice for minimum over rate offences. The Delhi right-handed batsman was fined Rs.12 lakh and then Rs.24 lakh for two separate over rate offences. Now, another offence and he will not only be penalised with a Rs.30 lakh fine but also a ban for one game. Virat Kohli to host charity dinner featuring celebrities from diverse fields

According to the IPL’s Code of Conduct for Players, “For the third and each subsequent offence [over rate] in a season as captain of the bowling team, the captain will be fined $ 50,000 and banned from playing in the team’s next league match.”  Kohli, who is currently the leading run scorer with 433 runs from seven innings, was initially fined Rs.12 lakh for over rate offence against Rising Pune Supergiants on April 22 and then Rs.24 lakh for the same against Kolkata Knight Riders on Monday. RCB face Rising Pune Supergiants at home in their next encounter on Saturday. Will it be Virat Kohli vs Sachin Tendulkar in this unique contest?

Meanwhile, Virat Kohli Foundation has joined hands with Smile Foundation, a national level development organisation, to support the cause of empowerment of underprivileged children and youth. “Children and Youth are the next generation of students, leaders, entrepreneurs, and the future of the country and there is no better tool other than education to empower them. 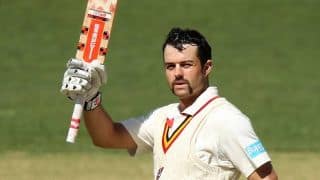